A Good Attitude Makes All the Difference

02 Sep A Good Attitude Makes All the Difference

There is a story I often share in my speaking engagements and that I have also shared with you here in the past, but that I think is important to talk about again. It is an account given by Kim Woo-Choong, President of the Daewoo Group, in his book Every Street is Paved with Gold, about certain attitudes in his personnel that he saw were decisive in making them valuable employees and allowing them to build a career. He mentions that there was a time when space on ships was at a premium and they had to make do with the space they were assigned to export their products. Making matters worse, sometimes ships in ports would promise space, but then unload your shipment.

According to Kim Woo-Choong, it was obvious that he would help to make and develop the career of those who belonged to the third group, those who stayed, because what mattered was not doing their job as assigned, but to fulfill the mission, the reason for the assignment. In this case, this was for the shipment to leave the port and arrive at its destination. That is why, when I am asked how to achieve professional success, I believe that many need to take that small additional step required to understand the real reason why they are doing something, and then do more than requested or better than expected. Making that contribution, taking that additional step, and doing so with commitment is what creates a highly valued and recognized attitude for success, not just for companies, but for the success of our own undertakings. We often admire entrepreneurs for their perseverance and character, because their businesses rely precisely on the shipment arriving at its destination and staying until the ship leaves the port.

Companies require people who are willing to go above and beyond and make that extra effort, people who are optimistic and capable of adapting, who are fighters, courageous, and brave –valuable people. When we are passionate and become more involved, we do our jobs better and deliver results.

It is time to reflect on what kind of attitude we have at work and do something about it we find it is wanting. We should self-assess ourselves. Sometimes it is hard for us to give our employer or our client that extra effort, because often we think that they do not deserve it because it is not valued or appreciated. However, the truth is that we must do it for ourselves, for our life experience, for our professional development, and for our personal brand, because ultimately, our colleagues, clients, and suppliers know who we are, how committed we are, and how well we work. 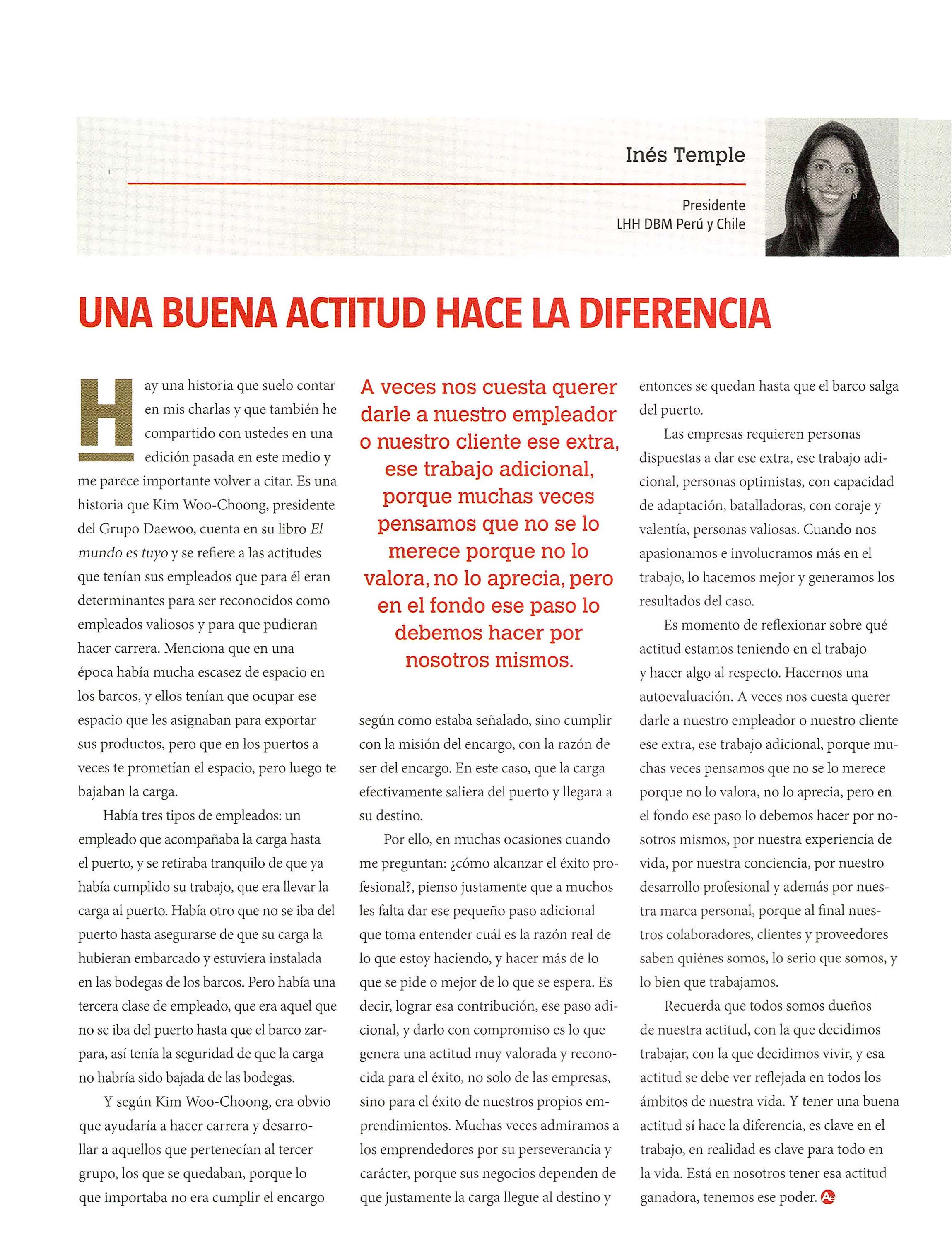 Published on September 7, 2016 on Mobile Marketing Watch and Home Business Everyone in the workforce, irrespective of stature or level therein, must be mindful of one critical truth: your brand goes wherever you go…because your “brand” is you! ” Those seeking to move forward in their career…