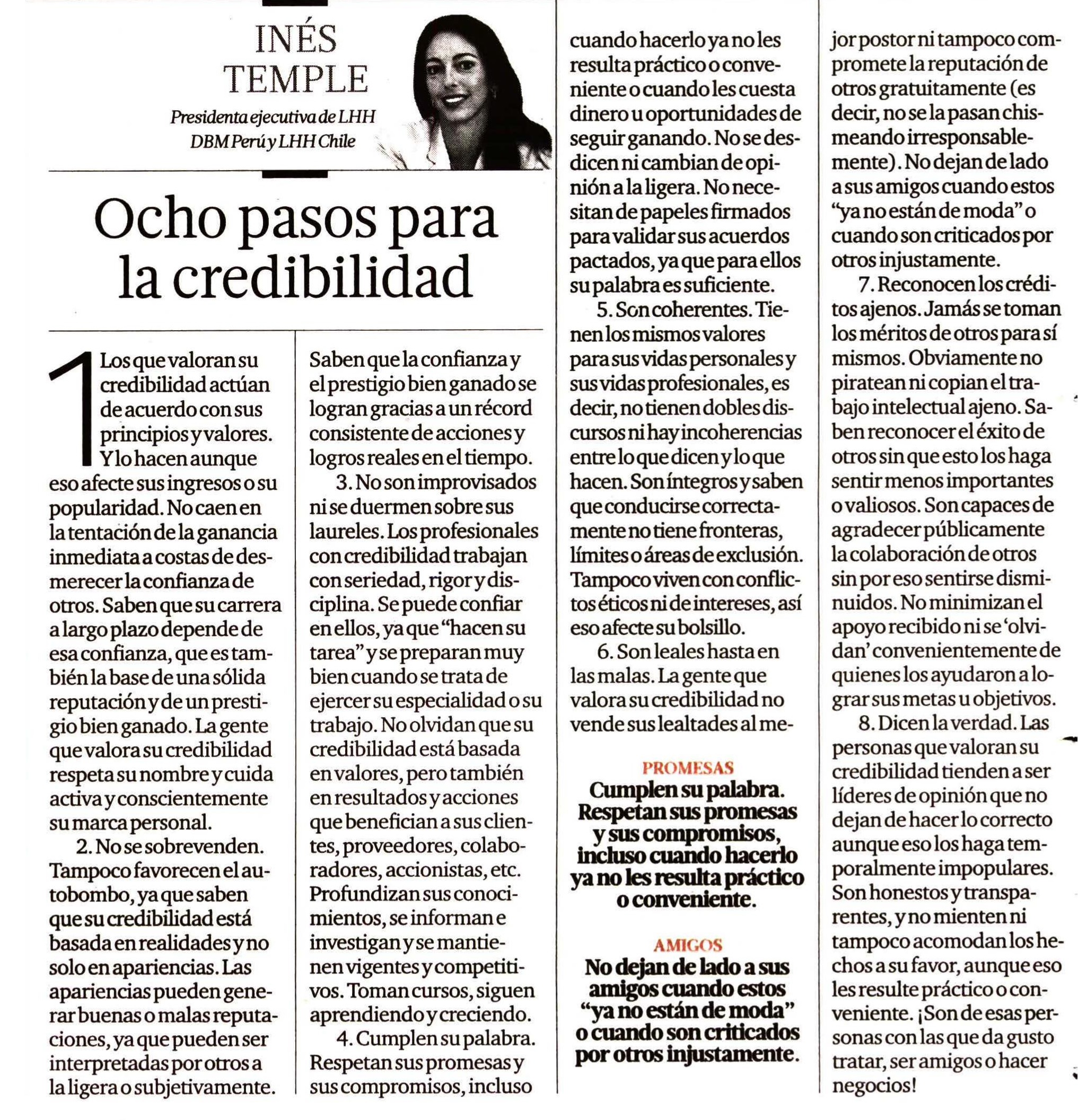 Based on an article published in El Comercio newspaper (Peru) on December 22, 2015 View article I am inspired by people who feel enthusiastic about their job, their life, or their family, and they transmit their enthusiasm and good energy to me. Being with people who are…

Is integrity still in fashion?

Translation of the original article published June 24, 2017 on El Comercio (Perú) Given all the noise about ethics in our country, here I’m sharing some ideas about integrity. Some of them might seem self-evident to you – if you’re an person of integrity – but…