The Best Way to Reposition Yourself after Losing Your Job

Networks of personal contacts were key in helping the majority of Peruvian executives and professionals reposition themselves in the job market after losing their jobs, according to September 2016 data provided by LHH DBM Peru.

According to this report’s data, as of September 2016, 83 percent obtained a salary equal to or higher than their previous salary, and 92 percent improved or matched their previous position. Ines Temple also said that, “Our professionals receive tools that allow them to increase their level of employability, and carry out their career plan to successfully find new work, or start their own business in the shortest possible amount of time.”

Also, of all participants, as of September 2016, 76 percent chose to take positions in a different field than they were previously working in, down from an 88 percent change in sector in September 2013. 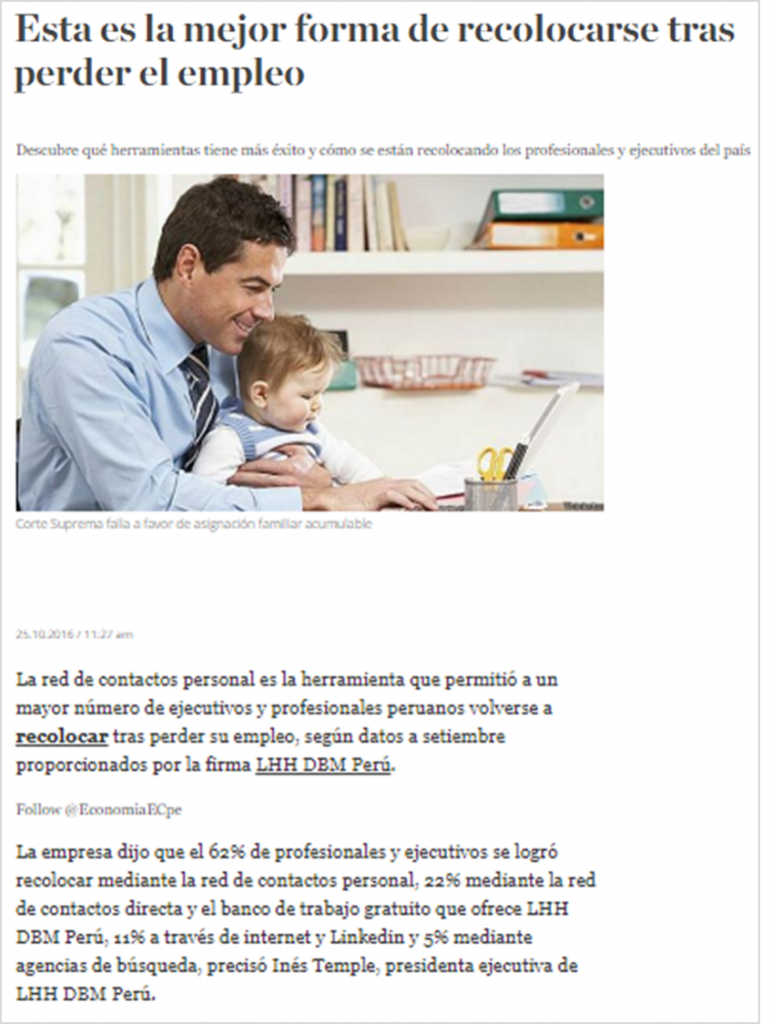 When This is All Over

Original Spanish version published in  El Comercio newspaper on April 26, 2020 When this is all over, and it will be, many people will come out of it transformed. The crisis will have served to discover their true character, their grit and inner strength. And with that…

Being authentic requires showing yourself as you really are. It requires checking your ego at the door and not looking down on anyone. It requires courage and self-confidence, but also honesty and tact to “tell it like it is.”